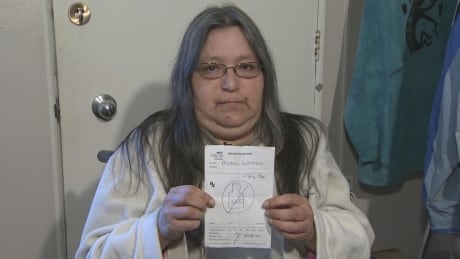 Michelle Labrecque pushes herself gingerly in a wheelchair down the hallway of a hotel. The Oneida woman was recently found to have a fractured pelvis, but she says it took three trips to the hospital and increasing pain before she received that diagnosis.

"The third time, I was just left in the ER room, not being able to walk anywhere. Nobody around to help me, not even to a wheelchair," says Labrecque.

The Washington "Redskins" is no less offensive than a team name like the Washington "Black Coons," said Mike Tyson at a Turning Stone Casino Resort event on June 5.

Tyson was at Turning Stone last week for several events, including “Kings of the Ring: A Conversation with Mike Tyson and Larry Holmes” on June 4, and ESPN Friday Night Fights, promoted by Iron Mike Productions, on June 6.

In the tiny hamlet of Cannon Ball, North Dakota, President Barack Obama on Friday June 13 reaffirmed his commitment to maintaining the government-to-government relationship that he had struck with America's Indian tribes during his historic first visit to an Indian reservation since his 2008 election.

It would appear that with each passing day more celebrities – the big and the small – have something to say about the ongoing Washington Redskins name change controversy, and we are still months away from the start of the NFL regular season.

The latest public figure to join the growing chorus is the voice of NBC Sunday Night Football’s Al Michaels. The sportscaster said he believes the issue over the racist team name is “nuts” and suggested that team owner Dan Snyder won’t relent anytime soon – if ever.

CORNWALL (June 4, 2014) – Kashechewan residents may be uprooted by flooding in their community, but they’ll still be able to voice their democratic opinion in the upcoming provincial election.

Approximately 360 evacuees were forced to leave the remote Northern Ontario area last month for temporary residency at the Nav Centre in Cornwall. It is the second time in two years the Eastern Ontario city has opened its arms to them, but it is a first for local Stormont-Dundas-South Glengarry Returning Officer, William Upper, in assisting our compatriots in heading to the ballot box.